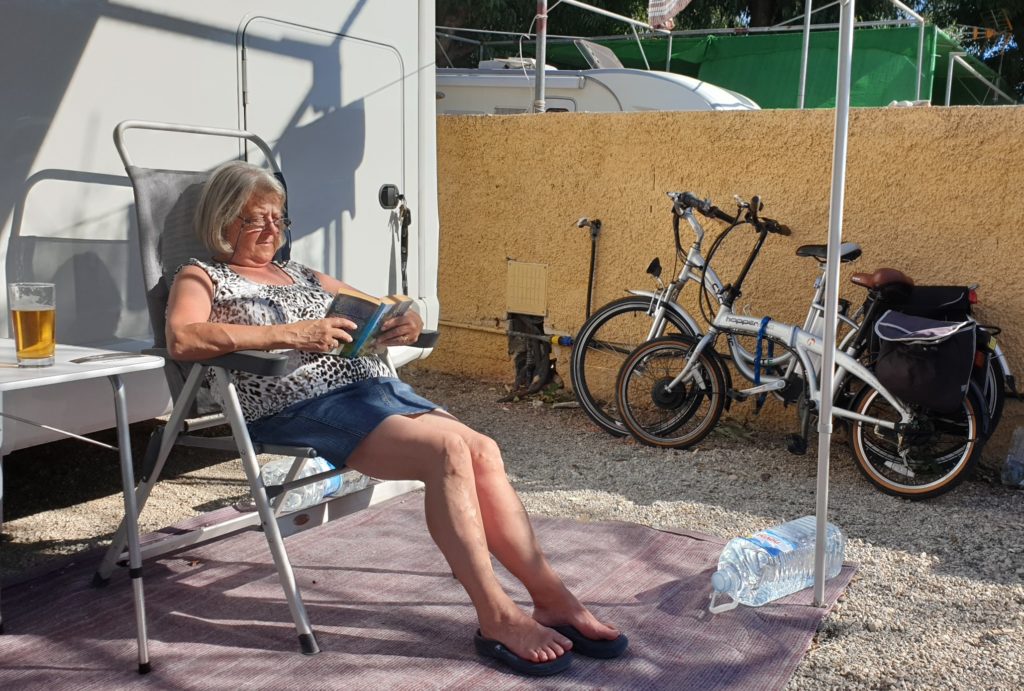 The Navigator is an avid reader, both at home and in the motorhome. The following is a selection of books from her favourite authors.

Click on any image to buy from the Amazon Kindle store  or read for FREE on KindleUnlimited.

DENZIL MEYRICK was born in Glasgow and brought up in Campbeltown. After studying politics, he pursued a varied career including time spent as a police officer, freelance journalist, and director of several companies.

Peter May is an award-winning author and he also had a successful career as a television writer, creator, and producer. Born and raised in Scotland he lives in France. His breakthrough as a best-selling author came with The Lewis Trilogy. After being turned down by all the major UK publishers, the first of the The Lewis Trilogy – The Blackhouse – was published in France as L’Ile des Chasseurs d’Oiseaux where it was hailed as “a masterpiece” by the French national newspaper L’Humanité. His novels have a large following in France. The trilogy has won several French literature awards, including one of the world’s largest adjudicated readers awards, the Prix Cezam. The Blackhouse was published in English by the award-winning Quercus (a relatively young publishing house which did not exist when the book was first presented to British publishers). It went on to become an international best seller, and was shortlisted for both Barry Award and Macavity Award when it was published in the USA.

ANN CLEEVES is the author behind ITV’s Vera and BBC One’s Shetland. She has written over twenty-five novels, and is the creator of detectives Vera Stanhope and Jimmy Perez – characters loved both on screen and in print. Both series are international bestsellers. In 2006 Ann was awarded the Duncan Lawrie Dagger (CWA Gold Dagger) for Best Crime Novel, for Raven Black, the first book in her Shetland series. In 2012 she was inducted into the CWA Crime Thriller Awards Hall of Fame. Ann lives in North Tyneside.

LEE CHILD is one of the world’s leading thriller writers. He was born in Coventry, raised in Birmingham, and now lives in New York. It is said one of his novels featuring his hero Jack Reacher is sold somewhere in the world every nine seconds. His books consistently achieve the number-one slot on bestseller lists around the world, and are published in over one hundred territories. He is the recipient of many prizes, most recently the CWA’s Diamond Dagger for a writer of an outstanding body of crime fiction. Jack Reacher, the first Jack Reacher movie starring Tom Cruise, was based on the novel One Shot, and the second is Jack Reacher: Never Go Back.

TESS GERRITSEN is an internationally bestselling author who took an unusual route to a writing career. A graduate of Stanford University, Tess went on to medical school at the University of California, San Francisco, where she was awarded her M.D.

While on maternity leave from her work as a physician, she began to write fiction. In 1987, her first novel was published. Call After Midnight, a romantic thriller, was followed by eight more romantic suspense novels. She also wrote a screenplay, “Adrift”, which aired as a 1993 CBS Movie of the Week starring Kate Jackson.

Now retired from medicine, she writes full time. She lives in Maine.

MY BOOKS - AVAILABLE ON THE KINDLE STORE

ManVanNoPlan is an Amazon Associate.

This means we have some links from our site to Amazon.co.uk, including the Kindle books displayed on this page. If you click on any of these links and buy any product from Amazon, we receive a small commission for the sale, while you pay the same price as you would if you’d opened Amazon.co.uk without using our link.

This small income helps us maintain Bessie and allows us to travel and create interesting blogs.
Thank you,