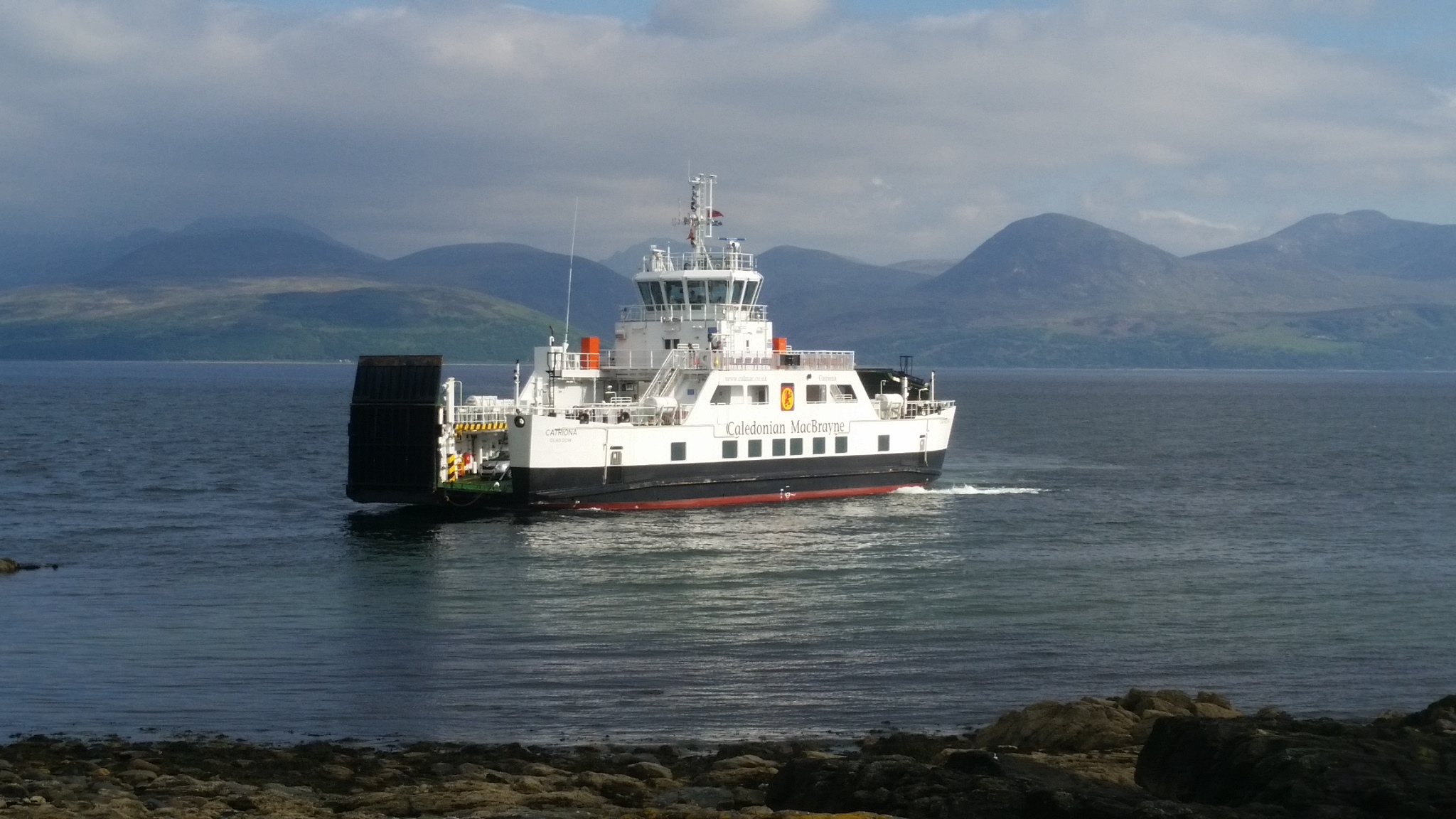 2017 – A week on Arran
Scotland in miniature “they” say. A must visit destination “they” say. Well I have to confess that for some inexplicable reason, in all my 62 years, I have never set foot on the island. I’ve cruised for 24 hours from Portsmouth to Santander by Brittany Ferries, but not the half hour sail from Cloanaig to Lochranza by Calmac. Its not as if Clonaig is unreachable, I live only thirty five minutes away and can see the island looking down Loch Fyne from my front garden. Over the years I’ve seen it bathed in sunshine and covered in snow, and everything in between!

Friday the 20th of June 2017 changed all of that as we headed off for Cloanaig/Skipness for an overnight wildcamping stopover before getting the ferry in the morning. (no point rushing it after all!).

We live not a million miles, 21.7 to be precise, from the Calmac ferry terminal at Clonaig so that was the first destination for an overnight, no point rushing it after all. The wild camping spot between Clonaig and Skipness is one of my favourites locally and the views across to Arran are wonderful, especially as the light changes in the evening.

By the way there is another blog post on the delights of wildcamping at Clonaig/Skipness HERE.

After a hearty breakfast we caught the second ferry of the morning, no point rushing it after all. Half an hour later we were disembarking at Lochranza and after all these years we were finally on Arran. Lochranza is a pleasant little village and we only travelled a few hundred yards before stopping (for the night as it turned out) at the car park for the impressive Lochranza Castle which was explored after lunch, between showers.

Sunday morning brought sunnier weather and we had a cycle around Lochranza to Newtown Point, bypassing sheep on the road and seeing some stags on the golf course.

Leaving Lochranza the road passes the Arran Distillery and climbs a good few hundred feet before meeting the coast at Sannox and onwards through Corrie. On the lookout for another wildcamping spot I saw a little pier just past the entrance to Brodick Castle on the left and a little further on I managed to turn and return to park there. Although just beside the main road it was a quiet spot and was a perfect stopover.

The seemingly unused harbour had a claim to fame in that it was the first place in Scotland that the newly married King Edward and Queen Alexandra first stepped onto Scottish soil in 1902. From here you can watch the regular Calmac ferries dock at Brodick from Ardrossan and if you are lucky, and we were, see seals in the water in front of you and on the rocks a few hundred yards away to the left.

Monday mornings destination was the islands ‘capital’, Brodick, but before getting there a stop at Arran Arromatics was called for (not by me).

Brodick is a very pleasant and busy town as it is the main ferry port and bus hub for the island. After a walk and a visit to the Co-op, next stop was Lamlash and a night at Middletons caravan park where we encountered the first and only midges of the week. From the campsite we cycled back into Lamlash and had a walk about and pushed the boat out and had an ice cream sitting looking out to Holy Island.

We can normally go three or four nights before taking on fresh water, emptying the toilet etc and being on a campsite was also handy to have mains to charge up the batteries for the electric bikes too. We were put onto hard standing next to the toilet block as heavy rain was forecast overnight and all next day. This was ok but I made the school boy error of parking too close to the trees behind the van so when the rain did come on it was made worse by the large drops of water falling off the overhanging leaves. Not the best nights sleep!

Tuesday was indeed wet and miserable as forecast as we set off to find the next destination heading clock wise round the island. The journey round the south coast of the island is not what was expected. From Whiting Bay the road narrows and twists and turns without the compensating views of the coast I was expecting, made worse by the miserable weather. There was really nowhere worth stopping at between Whiting Bay and Blackwaterfoot. I may be doing Kildonan a disservice but it was off at a dead end tangent in what looked like a one track road so it was missed out.

Arriving at Blackwaterfoot, the largest village on the west coast of Arran, the wild camping spot at the beach beside the golf course was found without too much of a problem and once the cars of the dog walkers moved we got a great spot overlooking the beach.

Not that the view over to the Kintyre peninsula was that great as it disappeared in and out of the rain clouds. Between showers we walked back into the village and stocked up on paprika sausages and honey and mustard sausages for me and haggis and black pudding for the Navigator at The Arran Butcher, the only butcher on the island.

Next morning however, the rain clouds had gone and it was bright and sunny with a clear view over to Campbeltown and the island of Sanda off the south coast of the Mull of Kintyre. Out for a walk along the beach beside the golf course, it was a bonus to see Gannets putting on an impressive display of diving into the sea just off the beach into what must have been a shoal of fish just under the surface. Towards the end the walk got a bit rough going!

A thoroughly enjoyable three nights were spent here. On Thursday, our last full day at Blackwaterfoot, we had a very agreeable lunch at the Shiskine Golf  and Tennis Club to break the day up from the wind and rain outside.

On Friday morning, after a return visit to the Arran Butcher, we headed up the coast at a leisurely pace, stopping often to take in the view across to Kintyre, a view slightly spoilt by the abundance of wind turbines. From Blackwaterfoot to Lochranza there are many great locations to spend the night in the motorhome and these were (mentally) noted for any further visits to the island. There is a wealth of bird life on Arran, but the highlight of today’s short 17 mile drive was the sight of a peacock in all its glory at the roadside.

At Lochranza we parked up at the Castle again and after lunch had a walk, the highlight of which was the sight of three stags on the golf course, spoilt by a Frenchman flying a drone to film them, scaring them away from the cameras of everyone else trying to photograph them.

We had to return home on the Saturday and as luck would have it we went to bed after a lovely sunset and woke to the best morning yet, bright, sunny and warm. Hey Ho!